Back to page
View source

However, as The Urge is leaving, a portal opens up to reveal another British rock star, who wants to kill The Urge for the same reason The Urge wanted to kill Rigby. He proceeds to do so, when another portal transports a third British rock star who wants to kill the one that just killed The Urge, and for the same reason. Multiple portals bearing multiple rock stars open in the courthouse, and a musical battle ensues, while Rigby and Mordecai quietly leave the courthouse. As they are leaving, an explosion from a hand grenade disguised as a maraca results in the destruction of the courthouse. As they walk away, Mordecai tells Rigby to never change his name again. 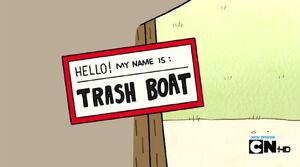