Space Tree Station is a massive space station where the park crew is stationed in for the "Spark Initiative" in Season Eight, with Colonel Rawls serving as the commanding officer in charge of the station. It first appeared in "Welcome to Space".

The Space Tree Station was last shown engaging in battle against Anti-Pops and his forces at the end of the episode "Space Escape", where its fate remains unclear.

The design of the space station is shaped after a pine tree. 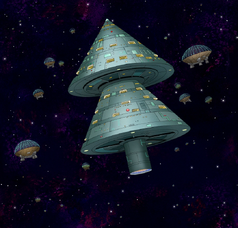 Exterior of the station

Space Tree being taken over

Space Tree decorated with a Halloween theme
Sadasdasd.png
From "Regular Show: The Movie"

Inside the Space Tree Station

Interior of the station 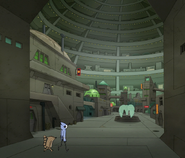